“Romans Go Gome!” [PL: “Rzymanie do domu!”] is a quick card game designed by Eric B. Vogel, published for the first time in 2013 by Vainglorious Games.

Since 2014, Lui-même publish “Romans Go Gome!” in a graphic design by François Bruel. This version of the game is available in many language versions, for example German, French, English, and Polish.

In the game we change into the Caledonians, who try to destroy the Hadrian’s Wall. Points are collected by capturing the Roman forts. 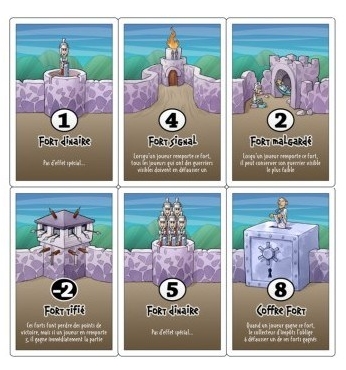